A Community’s Response to the Great War

While the student body of the Alabama Girls’ Technical Institute was not heavily impacted by the Great War, the community of Montevallo participated in the Great War in a more direct manner. Local organizations supported the war effort, and many young men from the surrounding community of Montevallo offered their service and their lives in the fighting overseas. The Peoples Advocate and The Montevallo Advertiser, local newspapers from the period, are excellent resources for following the stories of the Montevallo community and its soldiers, many of whom sacrificed their lives for the war effort. Some of these Montevallo men who sacrificed their lives are memorialized in the Alabama Department of Archives and History’s World War I Gold Star Database; with permission, selected images and documents from this database have been included in this website.

Although I have not found a comprehensive list of Montevallo men who served in the Great War, the Alabama Department of Archives and History’s World War I Gold Star Database provided me access to the names of five WWI soldiers from Montevallo who were injured or died in training or in combat.

Click the names of these five Montevallo men to access the images and documents pertaining to these soldiers.

Below is a gallery of selected newspaper articles from The Peoples Advocate and The Montevallo Advertiser. By including these articles, I have tried to capture the spirit of Montevallo’s contributions to the war effort. While not comprehensive, this gallery provides some insight into the dynamics and character of Montevallo as a community. In addition, the names of the five above mentioned soldiers, as well as the names of others from Montevallo who volunteered or were drafted, appear throughout these articles. These resources help to shed light on the lives of these Montevallo men who served and sacrificed in the Great War. 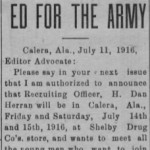 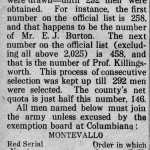 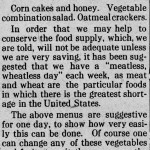 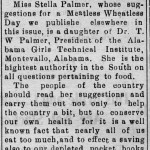 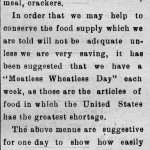 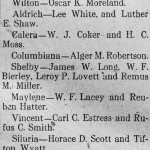 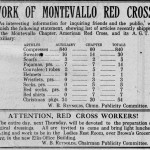 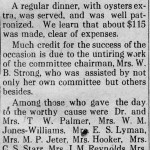 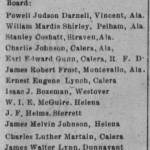 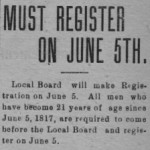 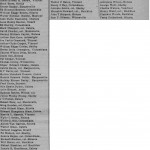 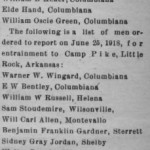 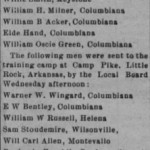 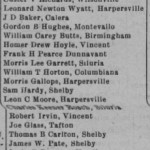 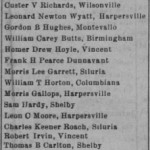 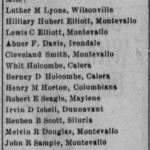 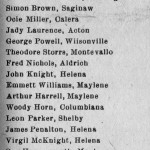 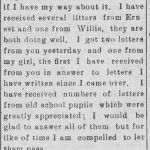 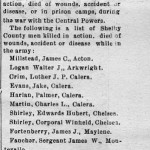